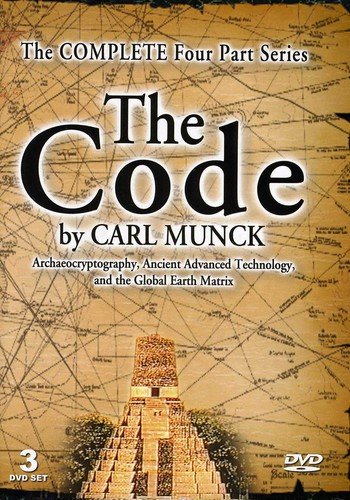 In 1982, long before The Bible Code became popular, Carl Munck discovered what is now considered the oldest code system on Earth. This code is seemingly simple in its method and application as a way to mathematically record ancient knowledge within the architectural design and positioning of what are now our ancient, sacred monuments. The great pyramids of Egypt, Stonehenge, Teotihuacan, Tiahua-naco, Tikal, Chichen Itza, the Indian mounds of North America and the pyramids in the Cydonia region of Mars, monument after monument, these huge artifacts from antiquity speak of a former era’s surprising level of high technology and a connection to an extraterrestrial past.

Metrology, time reckoning, communications, precise mathematical law, and precise and enviable levels of global mapping, discovered both on Earth and Mars, are just a few examples of the knowledge that was held by those that inhabited this planet in our ancient past.

These ancient masters speak of space travel, but that’s only the beginning. Join us as we take an honest new look at an ancient science that leaves our prevailing search for our human origins far behind.