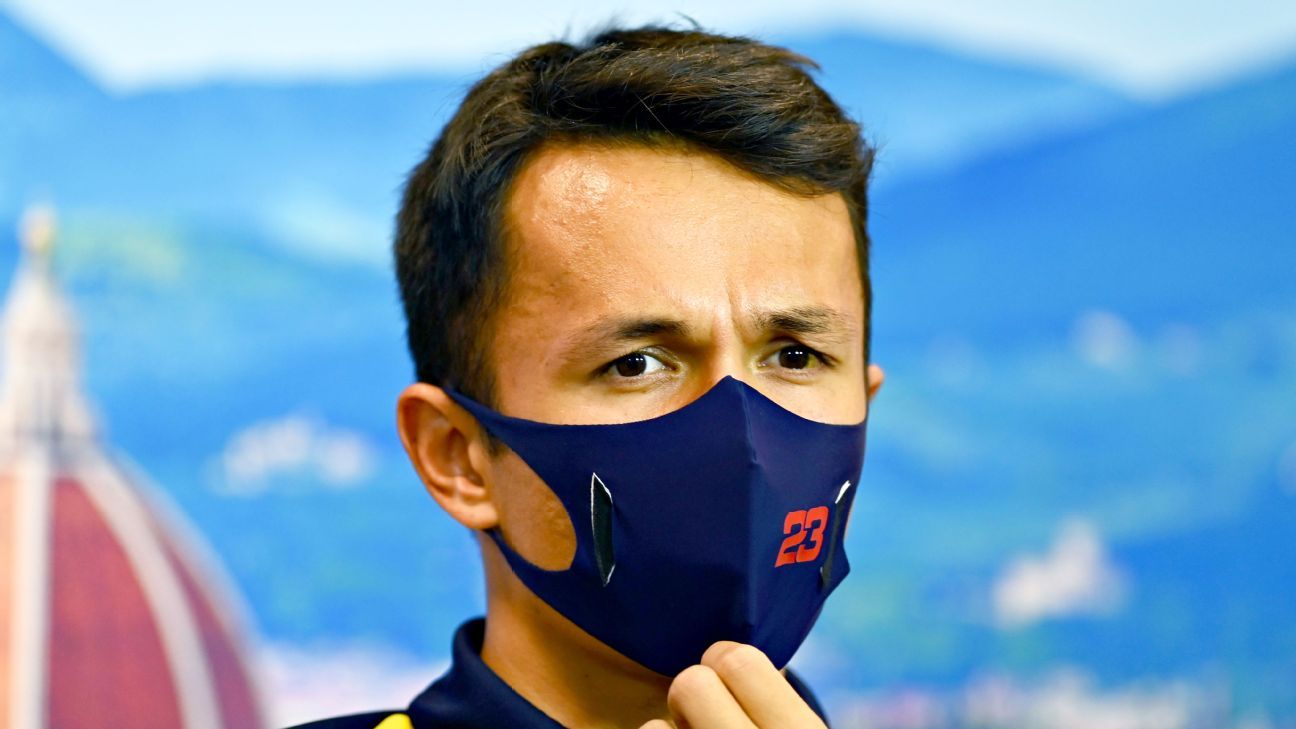 Although the Mugello circuit has been a regular feature of motorsport since it opened in 1974, the 2020 season will mark the first time an F1 race will be held there — the track has been previously used for testing.

“Obviously it’s a new circuit, which makes it exciting,” Albon told ESPN. “Not to say that the rest are boring, but it’s nice to drive different circuits and it having a bit of history and character is always good.”

The new addition to the calendar is a stark contrast to last week’s Italian Grand Prix, a longstanding feature which has been held at the current Monza track for the past two decades.

Monza was a tough race for Red Bull. Max Verstappen retired after a power unit issue and Albon finished 15th after being served a five-second penalty.

“You are less prepared because of the fact there is no real data or historical information, so you’re going in quite new,” Albon said of Sunday’s race at Mugello. “At the same time, we do more simulator work and a lot more research on the kerbs and racing lines, so it’s more about just getting up to speed on the circuit.

Last weekend’s dramatic Italian GP, which featured both Ferraris crashing, a red flag, and world champion Lewis Hamilton being forced to serve a stop-and-go penalty, produced a surprise winner in Pierre Gasly, who stood on the top step of the podium for the first time in his career.

“Things like this won’t happen all the time and it’s very rare to have a situation like that happen again. But it is interesting”

“Of course, it’s good for the fans as well. We don’t want a total Mercedes domination and it’s good for constructors as well. People like Honda deserves success and it’s nice to kind of have that with these surprise races.”

Giannis Antetokounmpo’s future, All-Star trades, the NBA draft and everything else to watch this offseason