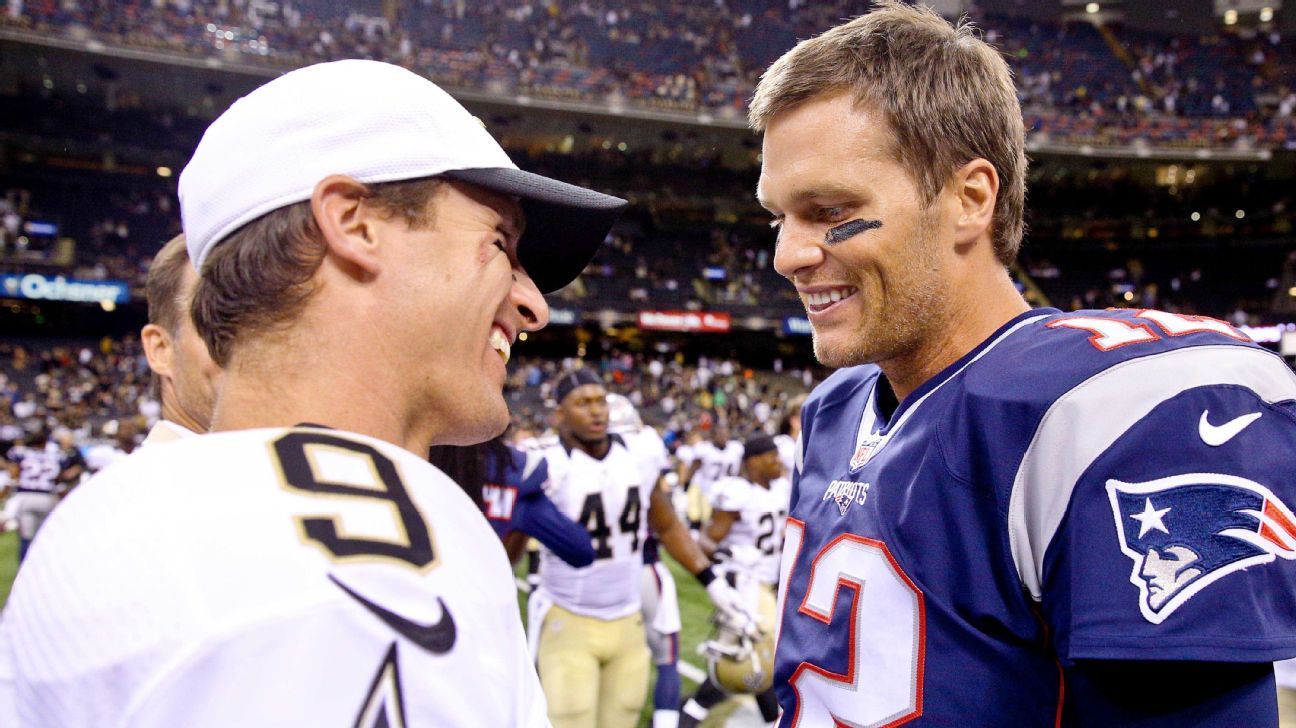 Had Drew Brees retired after last season, as the Saints believed he might, New Orleans’ backup plan was to sign Tom Brady — and he was interested in going there, league sources told ESPN.

In the opinion of sources close to the situation, a union between Brady and the Saints was more realistic than many realized — and it was an option up until the days before free agency opened, despite Brees’ previous public comments in mid-February that he was committed to playing in 2020.

Saints coach Sean Payton and Brady share a respectful relationship, and the Saints believed they could land Brady, according to sources.

But the idea of the move was contingent on Brees retiring, which he ultimately opted against doing this year. New Orleans’ wait to pursue Brady lasted until mid-March, shortly before Brees finally agreed to sign a two-year, $50 million deal on March 13. Four days later, Brady and the Tampa Bay Buccaneers reached agreement on a two-year, fully guaranteed $50 million deal.

But in the days leading up to both deals, there was discussion in the Saints’ organization about how the former New England Patriots quarterback could fit into New Orleans’ offense, according to sources.

At the time, Brees was considering television offers, including the one that he ultimately accepted from NBC to become an analyst for the network whenever he finished playing. But Brees gave consideration to starting his TV career this season.

But Brady ultimately ended up with the Buccaneers and, at age 43, is set to play for an NFL team other than the Patriots for the first time Sunday, when Tampa Bay visits Brees and the Saints. The NFC South showdown will be the first game in NFL history that involves two starting quarterbacks in their 40s.

Brees, 41, is the NFL’s all-time leader in passing yards with 77,416 and touchdown passes with 547. Brady is second in both categories with 74,571 and 541. This first of two scheduled meetings this season will mark the first time the NFL’s top two in career passing yards have played in the same game since 1998 (Miami’s Dan Marino and Denver’s John Elway).

The Associated Press contributed to this report.