Saturday’s Michelle Waterson vs. Angela Hill bout wasn’t originally scheduled to be the Fight Night main event, but a positive COVID test scrapped the original headliner and pushed the strawweight fight to the top spot.

The veterans put on a five-round slugfest that saw Waterson earn a split-decision win at the UFC Apex in Las Vegas. Hill, who became the first Black American woman to fight in a UFC main event, started strong, but Waterson appeared to take control in the final three rounds, including getting the fight to the mat in the third when she used her grappling to give her momentum.

How close was this contest? According to UFC Stats, Hill outlanded Waterson 131-128 in significant strikes. The combined 259 significant strikes were the fourth most in a UFC strawweight fight. It won the fight-of-the-night bonus.

What a war between Waterson and Hill 👀.
Congrat girls on your performance 👏👏#UFCVegas10

The performance of the main-eventers wasn’t the only outstanding display of the night. Ottman Azaitar improved to 13-0, showing that he can be a potential threat in the loaded lightweight division. Azaitar finished Khama Worthy with a barrage of punches at 1 minute, 33 seconds in the first round.

Veteran Ed Herman also impressed by rallying to submit Mike Rodriguez in the third round, but that fight wasn’t without controversy. Rodriguez appeared to be on the verge of stopping Herman in Round 2 with knees to the body, but referee Chris Tognoni halted the action, ruling that Rodriguez hit Herman below the belt. Replays showed that the shots were legal.

Herman had time to recover and made it to the third round, and he earned the submission.

Biggest takeaway from the main event, and who’s next for Michelle Waterson?

Helwani: That was a tremendous main event. Very entertaining. A tremendously close fight, too.

Upon first glance, I thought Hill won 48-47, but I’m not livid at the decision. It wasn’t a robbery, just a really close fight. I do think 49-46 for Waterson is a wacky scorecard, though. No chance it was that lopsided.

I don’t think both women got enough credit for agreeing to fight five rounds. Remember, this fight got bumped up to main event status just a little over two weeks ago after the original headliner — Glover Teixeira vs. Thiago Santos — was scratched after Teixeira tested positive for COVID-19. The norm, in these cases, these days has been to keep the new main event a three-round fight, so I have a lot of respect for both women for going an extra 10 minutes, especially because most, including me, suspected this matchup would go the full 25 minutes. 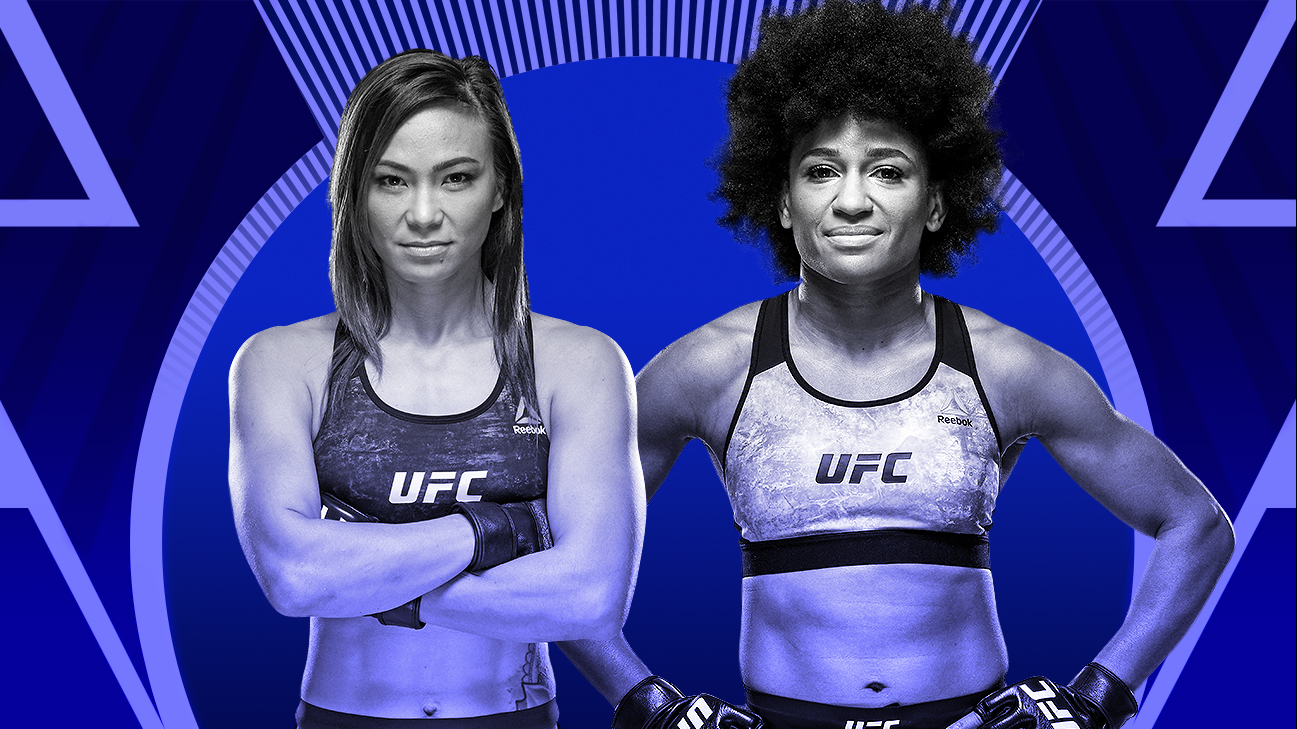 All fights from UFC Fight Night: Waterson vs. Hill will be available to watch on ESPN+.

Watch the complete card on ESPN+

I feel for Hill, who always seems to lose razor-close fights. After being on a personal-best three-fight UFC winning streak earlier this year, she has now lost two fights in a row, and you could make the case that she should have won both of those fights. In a way, she reminds me of Jorge Masvidal a few years ago, always losing close fights. I get the sense Hill has another gear she hasn’t found yet. She’s 35, so there’s still time. I look forward to seeing if she can find it before it’s all said and done for her. Call me crazy, but maybe a little more time in between fights would help her sharpen her skills.

But that’s the way it goes in the fight game, and lord knows Waterson is familiar with losing super-close decisions (see her split-decision loss to Claudia Gadelha in May).

Waterson was likely a Joanna Jedrzejczyk victory away 11 months ago from finally fighting for the belt. Alas, she lost that fight and her next one versus Gadelha, which no doubt set her back. She’s not back in the title chase just yet, but she’s back on track. How about a fight against Marina Rodriguez next? Rodriguez lost for the first time to Carla Esparza in July, dropping her record to 12-1-2. More importantly, she’s ranked right behind Waterson in the official UFC rankings, so the fight makes sense.

Which prospect had the best performance?

Raimondi: Yes, Ottman Azaitar is already 30 years old. That doesn’t scream prospect. But he’s also 13-0, and his vicious finish of Khama Worthy on Saturday night was only his second UFC fight. Azaitar is clearly coming into his prime years and he is absolutely someone to watch in the lightweight division moving forward. He has 12 finishes in those 13 pro fights and this was his second first-round KO/TKO in the UFC. Lightweight is the most crowded division in the UFC, but anyone who can hit like Azaitar certainly can do some damage. The Moroccan fighter took no damage Saturday, so hopefully he’s able to stay active and fight again — at least once — before the end of the year. Definitely looking forward to seeing more of him against steeper competition.

Which fighter do you most want to see again before the end of the year?

Okamoto: It was not a good night for potential breakout fighters, honestly. Going in, there were very high expectations for names like Julia Avila, Andrea Lee and Roosevelt Roberts. All three of them lost. Ottman Azaitar is the obvious answer here — back-to-back finishes in the first round are bound to garner some attention — but I’m actually going to go with the man who submitted Roberts in the first round: Kevin Croom. Everybody loves a good story, right? It took Croom more than 30 professional fights to get into the UFC, and here he was the biggest betting underdog on the card, against a young prospect the UFC has been very high on. And he finishes the fight in under two minutes. Croom looked confident all week, and his performance stood out, arguably, more than anyone else’s on the card. I might not expect his underdog story to carry him to title contention, but I am definitely interested in seeing how he follows up this debut.

What did you think of how the controversial second round of Ed Herman’s win unfolded?

Okamoto: The referee blew it. Plain and simple. And Chris Tognoni isn’t a bad referee. Blown calls are a part of sports. I hate to put it so bluntly, but it is what it is. Mike Rodriguez landed a perfectly legal knee to the body of Ed Herman. Herman crumpled to the floor and it should have been a knockout. Tognoni thought it was a low blow, and gave Herman time to recover. That’s unfortunate, for sure — but let’s make one thing clear: Herman deserves no criticism here. He was given a gift and he took it. You ever see an NBA player admit he was the last to touch a ball that went out of bounds in the final seconds of a game? How about a wide receiver tell a referee he didn’t actually catch a ball? Herman did what you’d expect him to do; he took advantage of a bad call. The UFC made the situation better by paying Rodriguez his win money, which probably would have been the most frustrating piece of the whole situation.

Should replay be made available in these cases? That’s actually a tough one because if the referee referred to replay and saw it was a legal blow, but he’d already stopped the action, should he automatically reward a knockout to Rodriguez and rob Herman of the possibility he might have recovered in real time? Probably not. Just an unfortunate sequence of events.