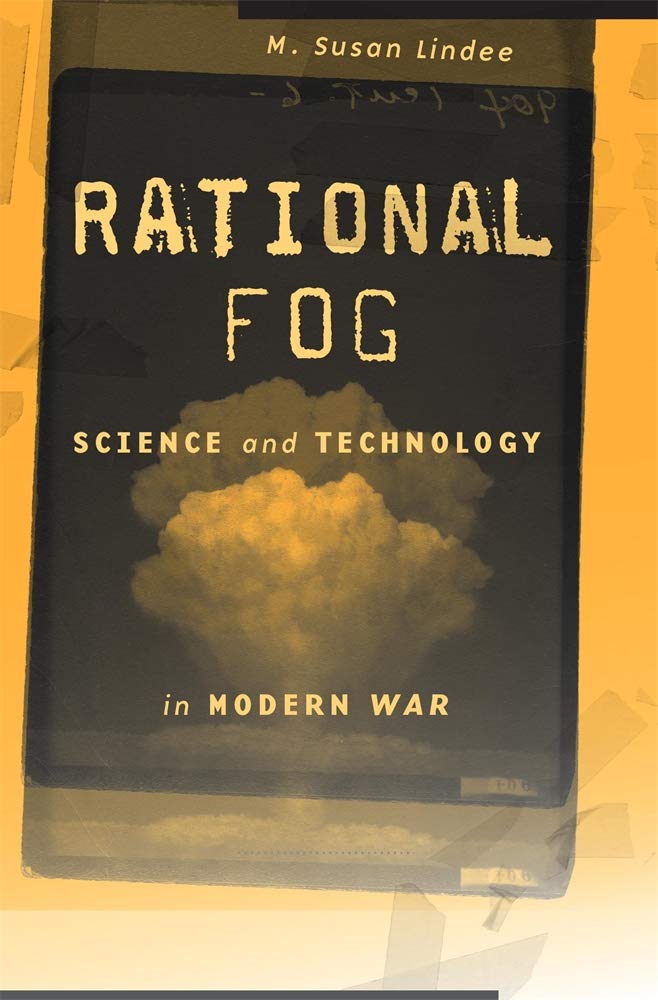 A thought-provoking examination of the intersections of knowledge and violence, and the quandaries and costs of modern, technoscientific warfare.

Rational Fog explores the quandary of scientific and technological productivity in an era of perpetual war. Science is, at its foundation, an international endeavor oriented toward advancing human welfare. At the same time, it has been nationalistic and militaristic in times of crisis and conflict. As our weapons have become more powerful, scientists have struggled to reconcile these tensions, engaging in heated debates over the problems inherent in exploiting science for military purposes. M. Susan Lindee examines this interplay between science and state violence and takes stock of researchers’ efforts to respond. Many scientists who wanted to distance their work from killing have found it difficult and have succumbed to the exigencies of war. Indeed, Lindee notes that scientists who otherwise oppose violence have sometimes been swept up in the spirit of militarism when war breaks out.

From the first uses of the gun to the mass production of DDT and the twenty-first-century battlefield of the mind, the science of war has achieved remarkable things at great human cost. Rational Fog reminds us that, for scientists and for us all, moral costs sometimes mount alongside technological and scientific advances.

Microsoft Excel for Stock and Option Traders: Build Your Own Analytical Tools for Higher Returns (paperback)